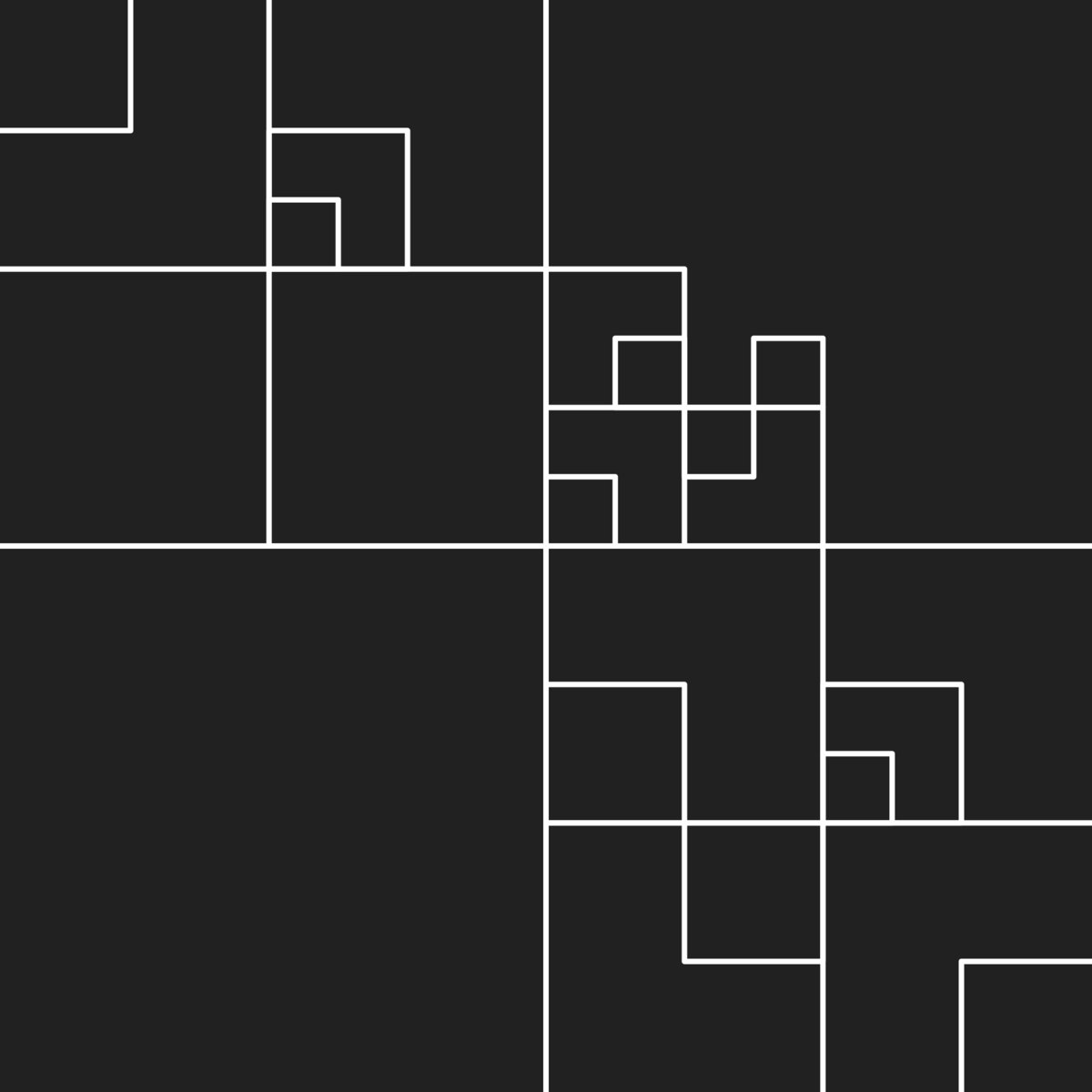 i'm happy to announce the release of my next vcv rack compilation album! contains vcv musics i recorded mainly in 2020, some of which were made during xhbs (music compos which typically last an hour but may also be 2/4 hours). some of these entries were originally cut down from their original recordings, however this release features the full recordings of each track so some tracks are a little different from their xhb counterparts. mixed and normalised in ardour, with a few transitions added because i like that kind of thing.

available now on bandcamp (which is currently the only place i release stuff on):

i'm not too interested in releasing in other places except bandcamp and youtube, though i will eventually make a place to put releases on the site.

i wrote a visualiser for this album in canvas + js using the audio api, check it out on the 'web stuff' part of the website (you might have to open it in a new tab for the audio to work properly). i recorded the visualiser playing the whole album and you can see that video here:

i also put up the source codes on github, which i should probably now go clean up and licence properly....

you can find the patches i used for every song on the album on patchstorage! they are not particularly organised, clean patches and they will not sound exactly like they do recorded. this is mainly due to some randomised/generative parameters in some songs that may change every time and one more irritating issue which is that some patches have sequencers that don't start exactly in the same place as they do in the recording, therefore elements of the music may be some notes ahead or behind what they should be. unfortunately, i don't have an easy way of fixing that but you can still check them out and see how i did stuff out of general curiosity.